What follows is a talk given by David Wingrove regarding his experiences in researching for Chung Kuo – including the scientific aspects of the series and the Chinese cultural aspects. As usual, it’s long but worthy. Full text after the break…

END_OF_DOCUMENT_TOKEN_TO_BE_REPLACED

With our very own Wei Chi Cafe happening in The Forums, started by contributor uncalledfor9, The Surrounding Game is particularly relevant. This is a recent piece by Mr. Wingrove about “the world’s most elegant game” that was posted to the official Chung Kuo site, but seems to have dropped off the end. Full text after the break…

END_OF_DOCUMENT_TOKEN_TO_BE_REPLACED

Today’s entry into The Vault is a talk given by David Wingrove at the Cheltenham Literary Festival concerning the various currents throughout the history of the science fiction genre, and where Chung Kuo fits in that scheme.

To my knowledge, this hasn’t been published elsewhere. It’s lengthy but well worth a read. Full text after the break…

END_OF_DOCUMENT_TOKEN_TO_BE_REPLACED

I’ve got a real treat to post today. What follows is a review of Son of Heaven by Brian Griffin, a close friend of David Wingrove’s and a Chung Kuo insider from its inception (no Family Guy jokes please…). This piece goes into much more depth than most Son of Heaven reviews abound, touching on its place in the grander scheme of sci-fi and its inplications toward the rest of the series. It’s a fine read. Although not written by Wingrove, it’s a treat to have this in The Vault.

END_OF_DOCUMENT_TOKEN_TO_BE_REPLACED

Here’s a biggie, folks. The Year So Far… is some of Mr. Wingrove’s journal entries from 1993. Evidently scanned and OCR’d from handwritten notes, it’s been a long process to edit this beast (and some of it in the last half was completely indecipherable), but it’s been worth it for the most personal of DW’s writings here in The Vault. Particularly interesting, about halfway down, is his mention of a camping trip to Dorset, not far from Corfe Castle (ring a bell to anyone…?).

The real treat,  however, is the last third or so of the text, containing the amazing details of Mr. Wingrove’s first trip to China.

Enjoy the full text after the break…

END_OF_DOCUMENT_TOKEN_TO_BE_REPLACED

…I prefer the original series beard. Bring it back, Dave! 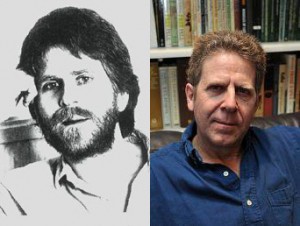