I’ve been doing some soul searching lately. This site has been around since February 2011, when the re-release of Chung Kuo was announced. A lot has changed since then. The re-release has been cut off at the hip, but Roads to Moscow is now a thing (a thing you all should be reading if you’re not already). I originally created this site to archive of the old essays that were floating around the internet for a fear that those sites would disappear and we (the relatively small and disconnected Chung Kuo fanbase) would lose that content forever. It grew into something I never would have expected… a community. A small one, yes, but there are regular readers and commenters (that’s you!) who also care about these works and want to see them continue and grow and succeed. And on top of that, David Wingrove, himself, became an integral part of the site, regularly supplying the community with updates and special content. Hell, the man dedicated one of his novels to me. This site has been

I first read Chung Kuo as a freshman in high school. Here I am now, 30 years old, starting a doctoral program this year, and I can’t help but look back and reflect on the effect Chung Kuo has had on my life. Small influences, but influences nonetheless. I took Mandarin in college. I visited China. I feel like the lessons in Chung Kuo about hierarchy, control, culture, and diplomacy have enabled me to approach the real works with a more critical, nuanced eye.

Having reflected on these things recently, I’ve decided to dedicate more effort into this site and this community.

Starting with… Twitter. I’ll be semi-live-tweeting as I read from @giftsandstones, starting with The Ocean of Time, which I’ve just started now that I’ve finished a re-read of The Empire of Time. Expect the first of these tonight or soon. I’ll be including the chapter number in parenthesis and a hashtag for whichever book I’m on.

I have other goals in mind for the site – some big, some small. A redesign is in order, perhaps. For sure, I want to get off horrible GoDaddy and migrate to a better web host. That might include some downtime, but hopefully not much.

I’ll leave you with two questions. First, has Chung Kuo, Myst, Roads to Moscow, The Trillion Year Spree, or any other Wingrove work left an impression on you to the degree that it has me? Second, what would you like to see out of this site? Return of the forums? A Kickstarter to re-re-publish the books? Let me know, and we’ll make it happen,  hopefully together.

This arrived today, from all the way across the Atlantic. I’m actually planning on re-reading Empire of Time first – I read it in such a hurry that it’s a bit of a blur.

Looking forward to your thoughts about the new book! 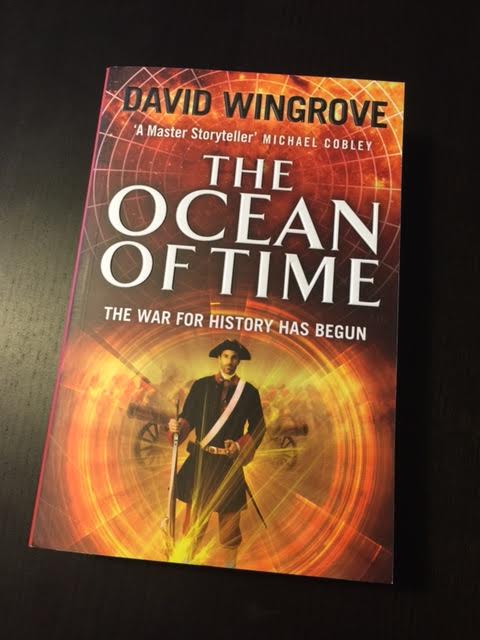