David Wingrove has just released on his Facebook page the first of the new covers for the Chung Kuo series, now under his control and to published by his own imprint, Fragile Books. The next several covers should be released soon and will follow a similar motif, including the Jim Burns-created ouroboros, but will vary in main color.

David also tells me that his official website will be launching very soon, once the first series of covers has been finalized.

What do you think of the new cover art? Leave your thoughts in the comments. More news as it comes. 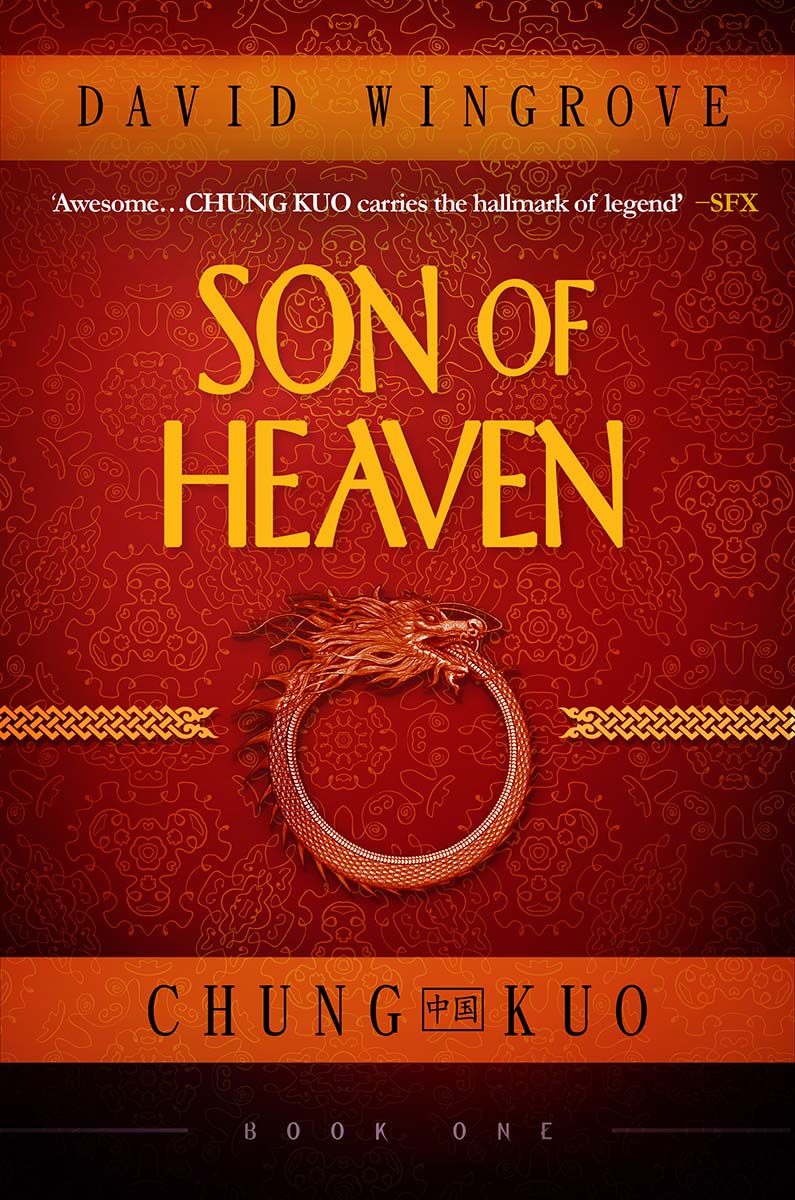 7 thoughts on “New cover for Son of Heaven”