The new cover designs for the first eight books Chung Kuo books have been completed. The cover for Daylight on Iron Mountain was released on David Wingrove’s Facebook page earlier today, and a new cover will be released daily through Saturday. Each cover features the ouroboros created by Jim Burns and will feature a different color. The Daylight cover is below, and when all eight our out, I’ll post all eight. Mr. Wingrove did let me know that he’d like everybody’s feedback, writing, “I think they’re stunning, and classy and immensely collectable, but let’s hear from you guys. Is the New Look one you like? Let me know. ”

The first eight books will be released in trade paperback and e-book this spring, and Book 9, Monsters of the Deep, will be released shortly thereafter. That’ll be the first Chung Kuo release in three years!

More news at it comes! 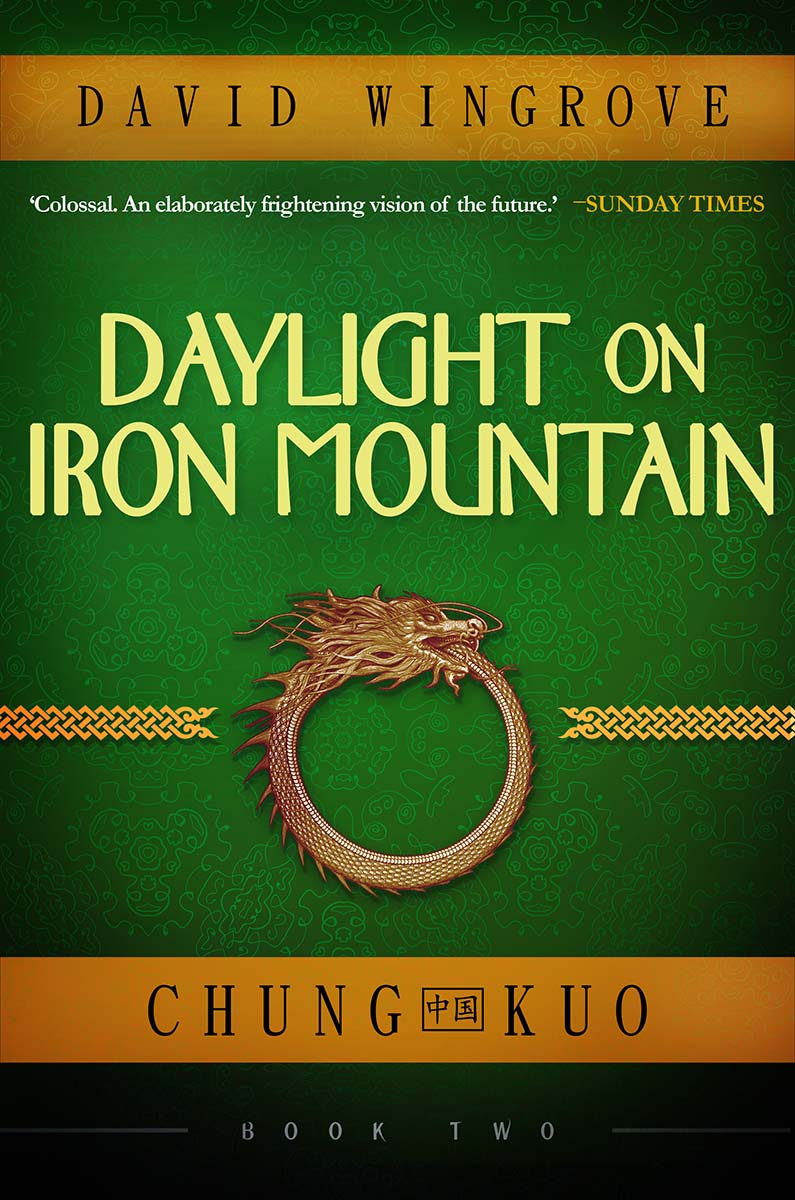